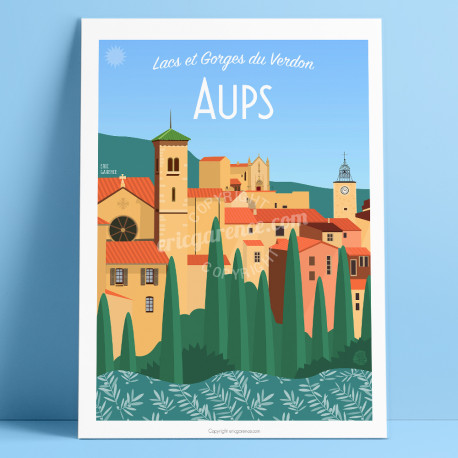 Art illustration produced by Eric Garence in collaboration with the Municipality of Lakes and Gorges du Verdon. This illustration is part of the collection devoted to the Pays du Verdon, whose author Eric Garence is from, and represents Aups, Capital of truffles and Haut Var, famous in particular for hosting the burial place of the Lords of Blacas whose arms are found. at the top left of the poster.