> City Posters>Régions>Provence>Bormes-les-Mimosas>Where is Marianne? Marianne and the "Fort de Brégançon", 2018 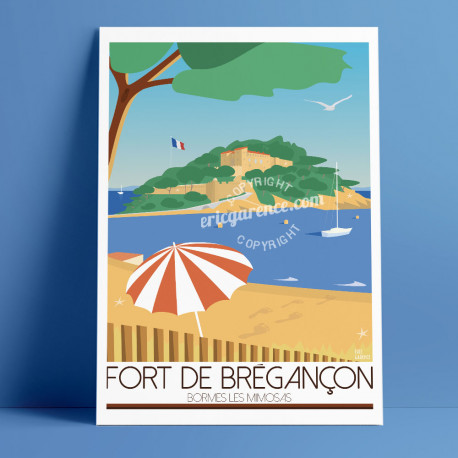 Where is Marianne? Marianne and the "Fort de Brégançon", 2018

Artwork part of the 2018 edition dedicated to Bormes-les-Mimosas. Edited in 2018 this original poster represents le Fort de Brégançon became residence of the Presidents of the Republic since a decree of 1968 General Charles de Gaulle.

We find on this poster the French Republic strongest symbol: Marianne ... but will you find her ?

The reproduction of this poster is also available directly from the Bormes-les-Mimosas Tourist Office.