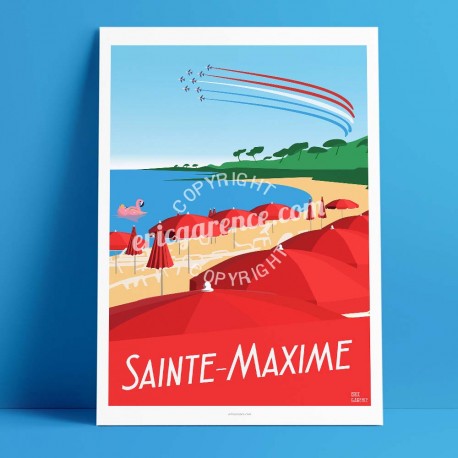 Art illustration part of the 2017 series dedicated to the Côte d'Azur. Edited in 2017 this original poster pays tribute to Sainte Maxime, its sandy beaches, its inflatable mattresses in the shape of a flamingo and its air meeting which hosts each year the patrol of France.