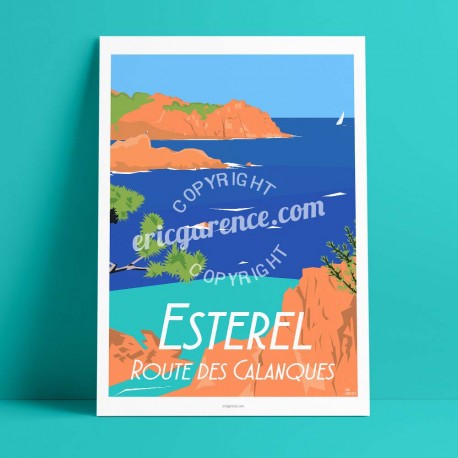 Illustration of art part of the series of 2017 devoted to the Riviera. Edited in 2017 this original poster pays tribute to the coast of Estérel, famous for its orange-brown earth, its pins, its fauna and its rich flora.