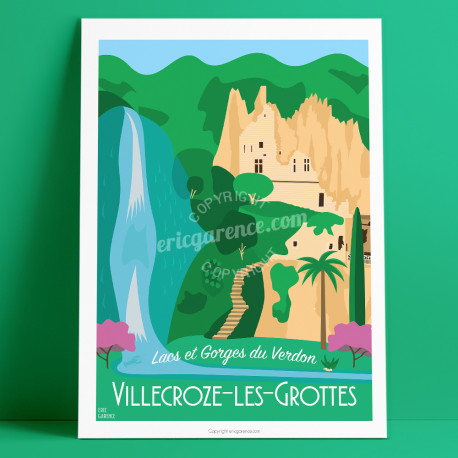 Art illustration produced by Eric Garence in collaboration with the Municipality of the Lakes and Gorges du Verdon. This illustration is part of the collection devoted to the Pays du Verdon from which the author Eric Garence is originally and represents the village of Villecroze-les-Grottes, famous for its troglodyte caves.