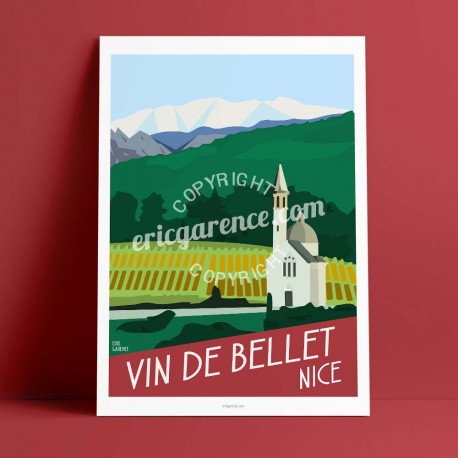 Artwork part of the 2nd Nissart collection and published in 2017 this original poster is a  tribute to the AOC "Vin de Bellet", located entirely on the Niçoises hills, the poster is signed Eric Garence.