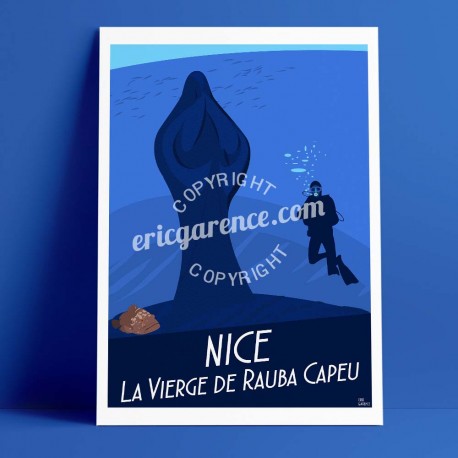 Poster The Diver, la Madonna and the Grouper at Rauba Capeu Virgo in Nice - French Riviera, 2017

Art illustration part of the second series Niçoise in 2017, this original artwork is signed by Eric Garence and pays tribute to subaquatic divers. The artwork shows a diver near the immersed Virgins statue facing Rauba Capeu, a statue also called "the Black Madonna" by local divers. On the left a huge brown grouper observes you from the corner of the eye.