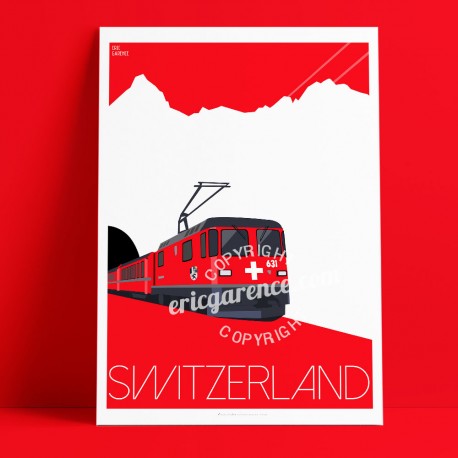 Art illustration part of the series devoted to Switzerland. Edited in 2018, this original poster signed Eric Garence is an invitation to travel through the evocation of a train crossing the Swiss Confederation.