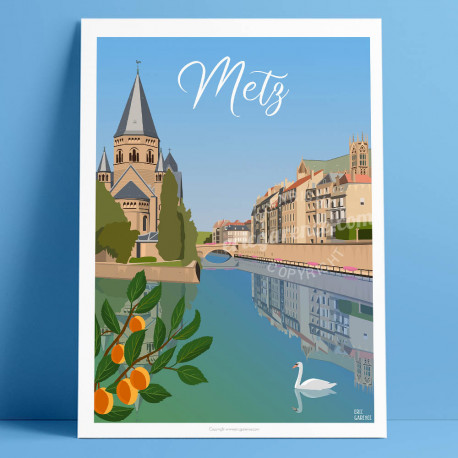 Art illustration part of the France series published in 2021, this original poster is signed Eric Garence and represents the city of Metz, the island of Petit-Saulcye with the temple neuf and the quai Paul Vautrin with the cathedral of Metz.

8 other products in the same category: