> City Posters>Régions>French Riviera>Villefranche-sur-mer>Poster Villefranche, Cocteau and the 6th US Fleet 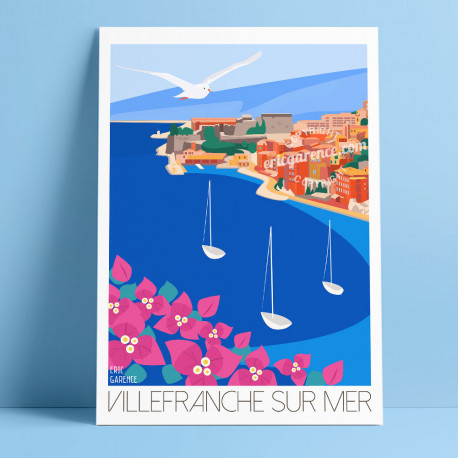 Poster Villefranche, Cocteau and the 6th US Fleet

Art illustration part of the Côte d'Azur series. Edited in 2018, this original poster signed Eric Garence is a tribute to Villefranche-sur-mer. Famous at the same time for its bougainvilleas, the blue of its sea, its sailboats and for its small village with orange tones hanging on the low ledge.

3 other products in the same category: