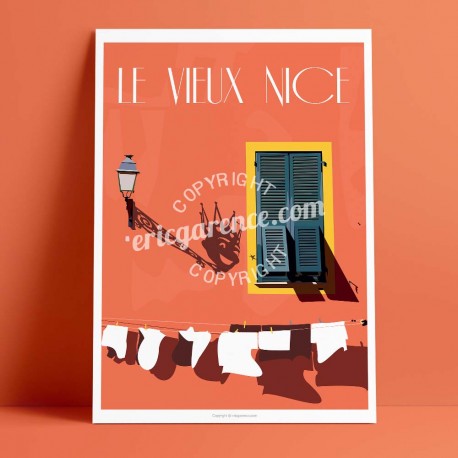 Art illustration part of the Niçoise series published early 2018, this original poster is signed Eric Garence. The shadow of the carnival king of Nice on the facade of the place aux herbes.