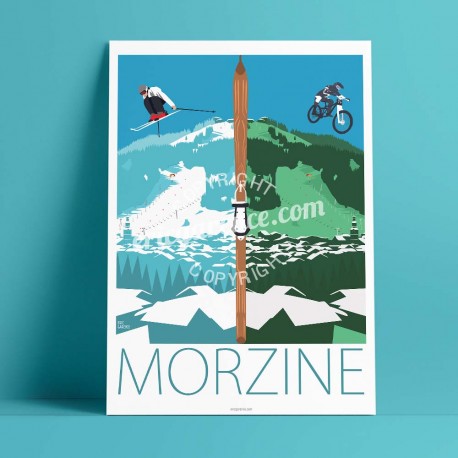 Art illustration from the series The Alps. Edited in 2017, this original poster signed Eric Garence presents one of the most beautiful and charming village of Haute Savoie Morzine-Avoriaz. As a stopover town in the Tour de France, as well as hosting the world championship of mountain biking, Morzine is as much oriented towards summer activities as winter with its immense ski area of the Portes du Soleil. A real gem of a resort!