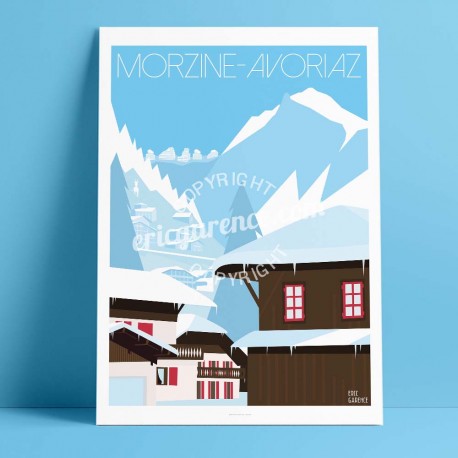 Poster Morzine Avoriaz and the dahu, 2018

Art illustration part of the series The Alps, collection 2018, this original poster signed Eric Garence presents one of the most beautiful village of Haute Savoie: Morzine-Avoriaz. With its authentic chalets with red and white shutters, Morzine looks at the top of the valet his younger sister at 1800 meters altitude: Avoriaz, eternal ski resort, founded by Jean Vuarnet. On the right the tip of Nyon and on the left the shadow of what would seem to be a mythical animal ... a dahu ...