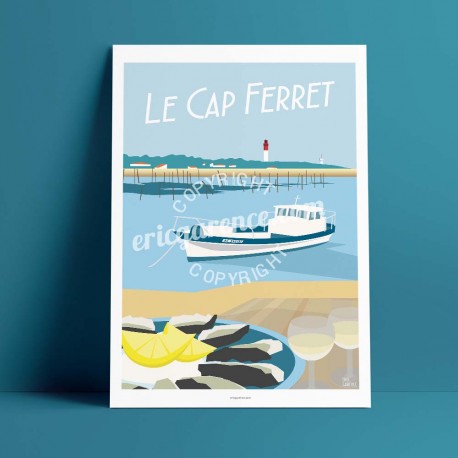 Oysters and Pessac-Leognant at Cap Ferret, 2017

Part of the Atlantic Coast 2017 Collection, this original poster is signed by Eric Garence and composed of 3 successive shots. In the foreground, the plate of oysters and its two glasses of white Pessac-Léognan, in the background the famous Pinasse of the Bassin d'Arcachon and in the background the lighthouse of Cap Ferret and its mythical houses.