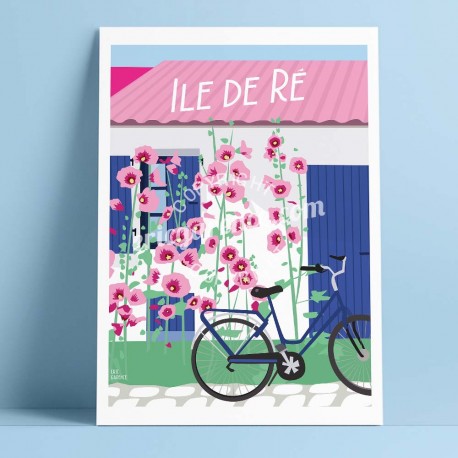 Poster Ré Island and its bicycle, 2017

An original artwork from the French Atlantic Coast series of 2017, this original poster signed by Eric Garence represents The Ile de Ré, ts hollyhocks, its bicycle and its paving stones.