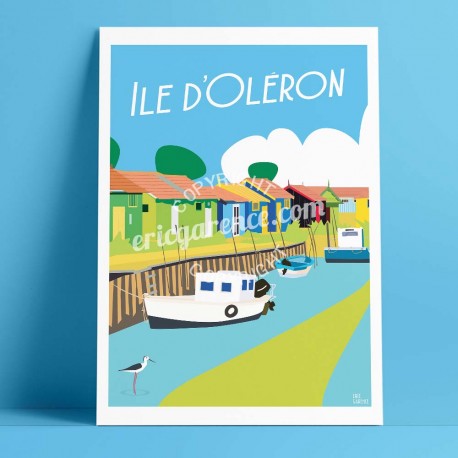 An original artwork from the French Atlantic Coast series of 2017, this original poster signed by Eric Garence represents the huts of the Île d'Oléron, on background a "plate", boat used for the oyster farming, in the foreground a white stilt.