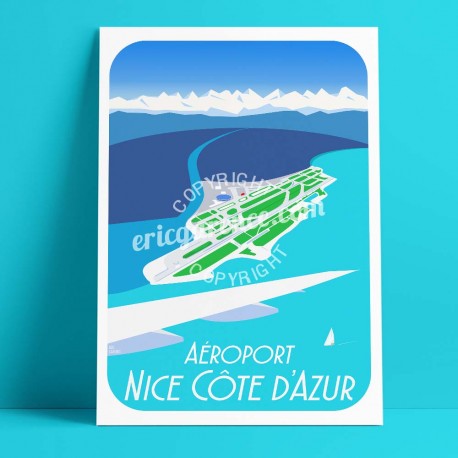 Art illustration part of the second series Niçoise, published in 2017 this original poster represents the Nice Côte d'Azur airport, a real gateway to the French Riviera for tourists from all over the world. The poster is signed Eric Garence.