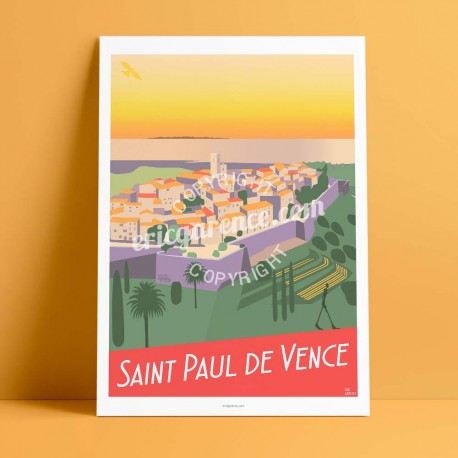 Art illustration part of the 2017 series dedicated to the Côte d'Azur. Edited in 2017 this original poster pays tribute to the village of Saint Paul de Vence, Giacometti, La Colombe d'or and the artists of Saint Paul.