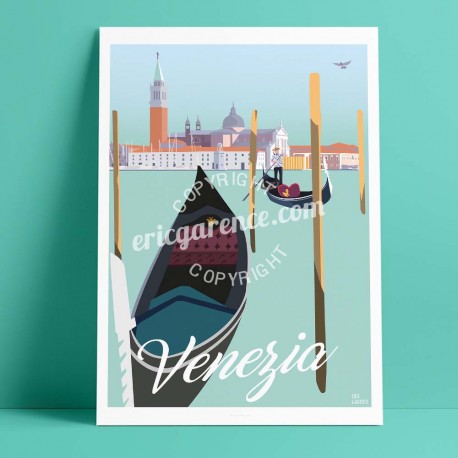 Art illustration part of the Italian collection. Edited in 2017, this original poster signed Eric Garence is a tribute to the city of Venice and its strong symbols.

There is the gondola and the gondolier in the foreground. In bottom the island of San Giorgio Maggiore with its basilica and its port. In front of the basilica we can see "The Sky Over Nine Columns" the sublime work of art by the artist Heinz Mack representing 9 columns covered with golden mosaic, hosted by monks open to contemporary art. In the sky, the eternal Venetian pigeon flutters its wings.

7 other products in the same category: