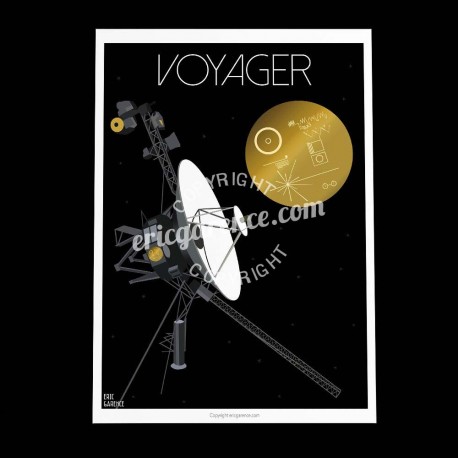 Art illustration part of the series "HERO by ERICGARENCE.
Published in 2018, this original poster is printed in a limited edition of 60 copies.
The HERO Series is dedicated to heroes who help make society better.

This poster pays particular tribute to the Voyager program, an exploration program of the US space agency, whose objective is to study the outer planets of the Solar System.