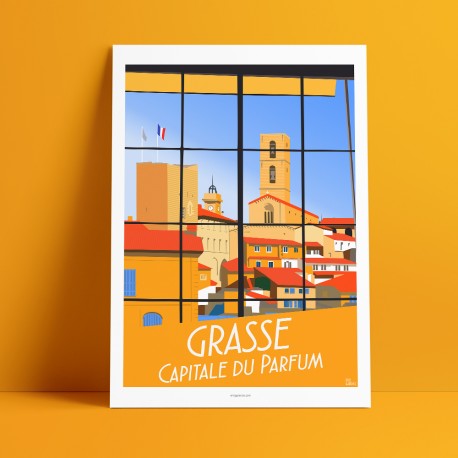 Art illustration part of the series Côte d'Azur, published in 2017 this original poster represents the city of Grasse famous for its excellence in the field of fragrances. The poster is signed by Eric Garence.