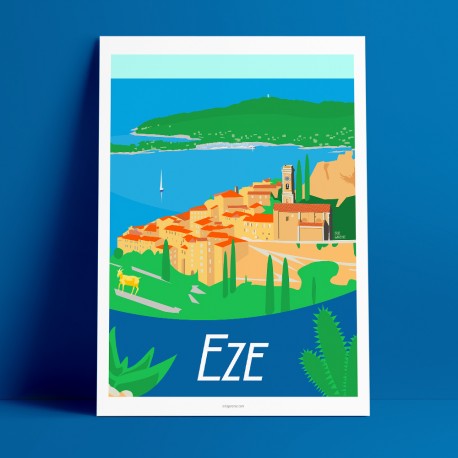 Illustration of art part of the series of 2017 devoted to the Riviera. Edited in 2017 this original poster pays tribute to Eze Village, famous for its Chèvre d'Or.

Is this out of stock?

2 other products in the same category: